hails from Sparks, NV. U.S.A. and was founded in September of 2019 by S19 and Hammerface – an old friend and past member of previous bands. Later toward the end of that year we recuritted our brother Immolator who was also a previous band member of S19. The band name is a homage to the worship of old school evil metal as well as the fact that evil itself has existed as part of this earth since the beginning of time, the lyrical themes encompass the many different evils of mankind. The music is mostly influenced by old scool death metal, war metal and a very small touch of black metal. It’s aim is for a very raw stripped down and brutal mix of these styles while still incorporating the hooks/catchiness from the old school. Ancient Malignity exists as the antitheses of the weak-willed and watered down modernity and mentality in metal that exists and is profoundly too prominent in these times. It is meant as a bastion of the strength and power that could never truly be rivaled from decades past. 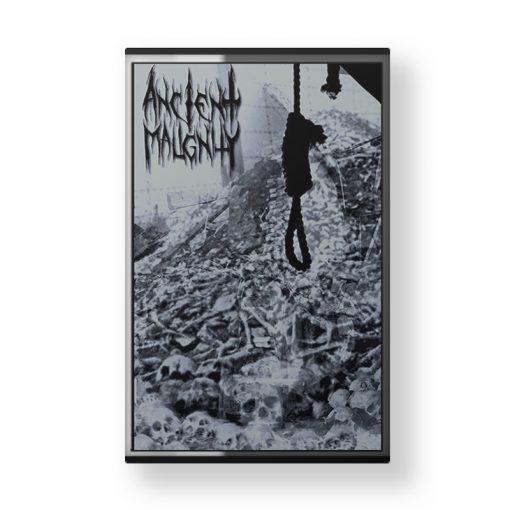